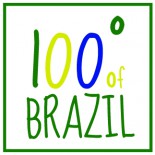 Raquel Goulart is the Director of branding at DIA Comunicação, post graduate in Business Communication at the University of Genoa, in Italy, in Image and Communication from PUC RJ and in Research of Behavior and Consumption by Senai Cetiqt. She lived 5 years between Italy and Belgium, she worked on projects of internationalization of companies with the European Commission, in Brussels, and she was a researcher of trends of the Future Concept Lab of Milan.  She has developed branding and design initiatives in Brazil and abroad for brands such as Coca-Cola, Coca-Cola, Topper, Diageo, AES, Raízen, TIM, Ampla, Metrô Rio, Loungerie, Koleston, FYI and Procter Gamble. She is part of the Place Branding and Public Diplomacy Association, she writes articles, she does lectures and researches on branding and place branding.

We are in 2020.  Rio de Janeiro became the best city to live and to work in the Southern Hemisphere. The World Cup and the Olympics were a success. Even more successful were the high levels of public education registered in the year, in Brazil. What about security? Seems like Norway. The policy? It goes very well, thank you. There is full transparency in government activities and the legal system is applied in an exemplary manner. Taxes, even as high as a decade ago, are now reinvested in sanitation, culture, health, transportation, education. What a pride to be Brazilian!

How many of us would like to experience this reality, in a space of less than seven years? All of us, I believe. And how many of us believe that it is possible, fully or partially? The construction of the “Brazil brand” seems to oscillate between the universes of utopia and denial. I grew up hearing that Brazil was the country of the future. The time passed, I lived five years abroad, I came back. And this bright future has not arrived until now. At least in the most basic issues. Coincidence or not, education, health, sanitation, infrastructure and security, among others, are just some of the most important criteria for evaluating the brand of a place. Is tourism in this account? Certainly. And what about the natural beauty and the heritage? Of course!

But a place and your brand must be designed to deliver value to all its stakeholders: residents, visitors, investors, students, retirees, expats, academia, opinion leaders, civil society, third sector institutions. Consider the relevance of each of these stakeholders, build long-term meaningful relationships and manage them is a challenge.

In different projects that I developed in Brazil and abroad I came across the statement that our way of life has become a global aspiration: that spontaneity, the adaptability, the welcoming spirit, the natural mix of faces and beliefs, the finger sandals that go anywhere without ceremony. They are not untruths, but they represent a very partial frame of our reality. I would say an almost allegorical framework. An eternal Ipanema beach on a summer afternoon, with young, beautiful and blonde people. But Brazil is not only that, obviously. Brazil is not only Rio de Janeiro. But it is so much more and so multiple that we do not realize such diversity: How can we manage different cultures within the same national culture, different economies within a national economy, numerous policies within a single national policy, colorful origins within a same origin, which in fact we never belonged? Yes, there are many “Brazils” to a brand only.

Think of a classic process of branding. Deeply understand the history of the brand, its origin, its properties, its values, its culture. Knowing how this brand has generated image and reputation, how its relations have been and what its purpose is. How it is capitalizing its main visual, verbal and associative assets. And that the archaeological treasures of its trajectory could be contemplated for the formalization of a unique, competitive and memorable personality and brand experience.

Imagine how complex it would be to organize all these definitions for Brazil, considering its almost kaleidoscopic character? We are not and we’ll never be uniform and easily readable as Switzerland. And maybe this is one of the great national assets. It would be missing, however, to balance better the aspirational lifestyle with the ability to generate more uniform income and business, to have committed and respected institutions, to promote a consistent economy and to invest seriously in those basic factors of a “country brand” of high value.

Are we far from that? Maybe. But some steps have already been taken, even though in a sparse and spontaneous way. I do not believe that the World Cup and the Olympics are the real catalysts of this change. But also they should not become media excuses for specific investments. The events go, the reputation stays. And the reputation that we are building, definitely, is far from the ideal. It falls short of the cultural, economic and social potential we have. This is the kind of soft power that should prevail, not a power of influence based on a “beachy” imaginary with eternal summers.

Place branding cannot be seen as a purely aesthetic design or moved for specific occasions. A lot of denial is tied exactly to the World Cup and the Olympics, which, rather than being seen as levers of progress and improvements to the collective, are singled out as a cause of impaired mobility (because the current scenario is already poor in big cities), overbillings and partial political interests, among other hardships.

In 2002, the federal Government commissioned a survey of the “Brazil brand” perception in 10 countries. The results translated into five words -sand, sun, soccer, sensuality and sound – confirmed that our image and reputation were still strongly associated with a universe of stereotypes and of pure hedonism. But, let’s be honest: how much has this projected image changed in the last 11 years? And what are the words that we’d like to see in a new survey?

The list is long. We can turn the tide, but this is a collective effort, which demands a common line of action, with minimally aligned interests and a clear plan of work. Not for nothing the word branding comes in the gerund because it assumes a solid construction of value that cannot be exhausted at the time of a political mandate, nor built from an hour to another. Much less it stands with a graphically appealing logo. And is based on that pendulum, which dances between utopia and denial, that Brazil is being built on native and foreign heads. All in love, no doubt, but all proportionally skeptical regarding the short-and medium-term capacity to revolutionize our tropical branding.

Finally, a reference that I always like to share: Simon Anholt, an English consultant creator of the term “nation branding” and one of the most important experts in the area, stated, in a recent interview, that “Brazil is a country with a pretty picture, but that, unfortunately, is the wrong image”. It is worth to hear his opinion and reflect about what role we fit in this change, here.